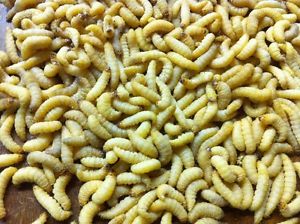 Recycling is a massive issue, particularly when it comes to plastic. This is because plastic doesn’t really decompose, with some of them estimated to take many thousands of years to completely disappear.

Because plastic can’t be decomposed, it being in the environment is a big concern because nothing has evolved to be able to deal with it. If it gets in the food chain it can cause a variety of diseases, including cancer, because nothing has adapted to it. We’ve even seen how a new ecosystem is developing within the ocean, based around bacteria which inhabit plastic molecules, when many of the bacteria strains would not exist in the ocean if it weren’t for the plastic.

So, dealing with plastic is a big concern, and so far there has been no solution other than the as of yet to be achieved goal of recycling all of the plastic we produce and use. More recently, a study funded by the National Natural Science Foundation of China found that a bacteria strain which inhabits waxworms has the ability to decompose plastic, which could offer a solution to the proliferation of plastic in landfills and as litter around the world.